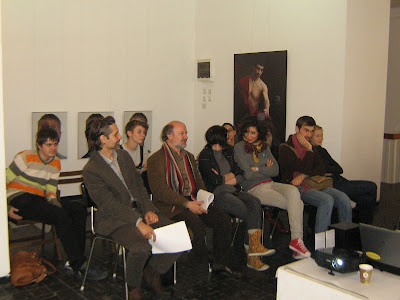 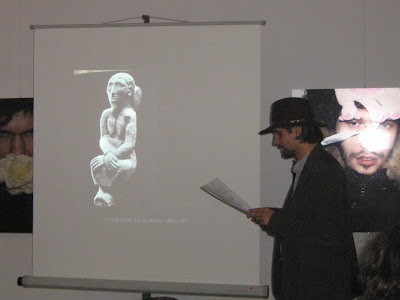 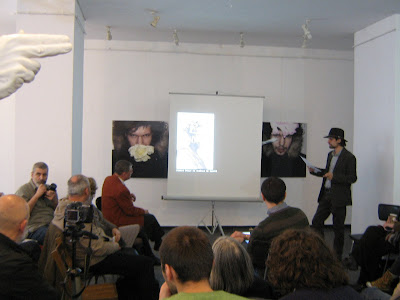 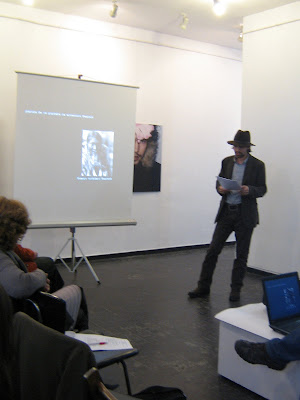 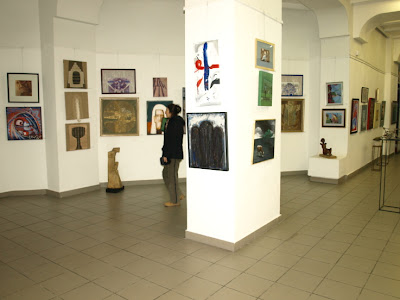 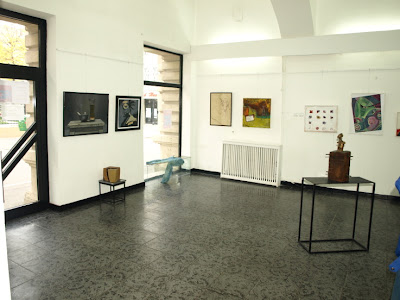 A new appearance in painting


It seems not easy to make an assessment of the creation of an artist knowing only three pieces of his work. However, throwing a serene look on these three pieces of art we can see some significant details that characterize Lisandru Neamtu work and which shows the plastic creations of the artist.
The last years of the twentieth century have focused on what we call ,,postmodern attitude’’ , which, among other features, involves also the quantification of an art work; a cultural diversity, the opposite of what comes definite as ,,the avant-garde elitism’’ and an alleged freedom regained in front of the ,, unstable tyranny of the avant-garde’’ .
Languages and concepts are able to recover, so everything is renewed within a century can be combined in different ways; can be re-read and reinterpreted.
Few interact with few and from an entirety may result something that will be used as an utterance to oppose or to combine with other elements of a vernacular plastic speech giving them a new form of expression.
The shape persist or become neo abstract, the creations are ephemeral and temporary or permanent. That is the neo concept or its naturalness. The language has multiplied and diversified without limits or hindrances. Starting with the philosophy we try to ,, read’’ the work of Lisandru Neamtu.
Forms abstraction overlap perfectly with figurative elements, symbols considered as belonging to a historical past (laurel wreath, trophy). History, sunset and sunrise, morning or the creation of an ,, something else’’.
But, in a predominantly abstract language the key is represented by the formal elements with which this language is created.
In this 3 works the artist juggles with elements that are repeated periodically creating forms that seem to become definitive in his own plastic grammar.
Geometric shapes, combined with the key points of the paper, mélange of blue and white with a slight outline of other colors, or, that rectangle that is manifested as the center of vision in all the artist works providing an incentive that magnetize the eye of any admirer. These are the 3 mains features, simple and synthesized exposed, that are defining the work of Lisandru Neamtu.
Blue. It is a meaningful color. There is not an extra blue but a blue tone that varies randomly on the painting. The artist keeps the same tone in all three works but still there is a variation of intensity at a time.
In blue wrote Ruben Dario and the symbolists. Blue was a period of Picasso’s work. About blue and his significance, many artists wrote and over time had its role in all stages of an artistic creation.
It’s probably one of the colors which can wield/perform a visible influence on emotivity, but we talk here of a lyrical sensibility, serene, almost always profound.Franz Marc attributed a feminine value, warm and sensual.
For neo plasticism, blue represents the sky, the line, the horizon. Opposite to yellow, he gives away. I’m concerning on blue as the sky, the universe. Kandinsky associated the color with the music giving it a meaning: ,, Musically represented dark blue corresponds to a cello and darker tone of blue to the wonderful vibrations of the bass; the sound of blue is a deep and solemn form that can be compared with musical instruments.’’
I think all this meanings merge in the blue of Lisandru ‘s works, the same way they are talking one to each other as we noticed at the beginning, present and future forms, prevalent abstractions, artful combined with figurative elements.
His work, make easier the dialogue between ordinary and a new form of artistic expression, much more sensitive today.
at November 23, 2009 No comments: 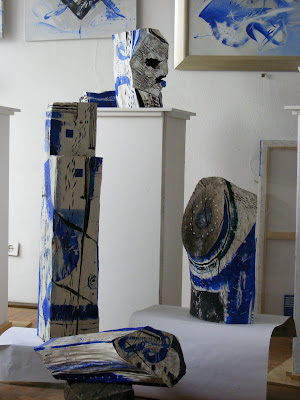 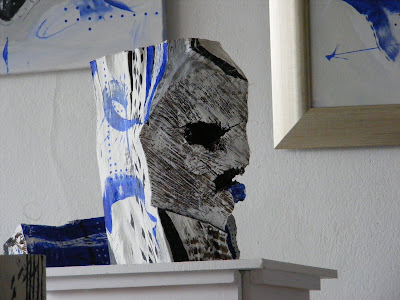 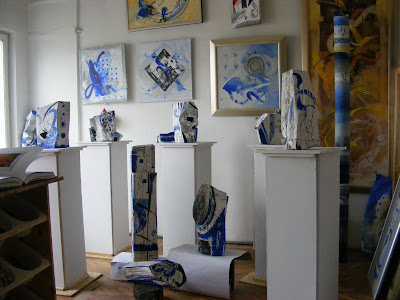