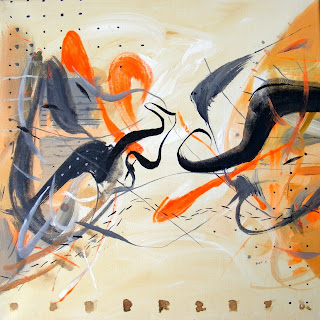 
LISBON SEEN
Natxo Checa is the director of ZDB in Lisbon. He curated João Maria Gusmão and Pedro Paiva’s recent exhibition, For a Transitory Science of the Indiscernible: Abissology produced by ZDB and on view at the Galeria do Torreão Nascente da Cordoaria Nacional from February 8–April 13.

Abissology was created in five different international artist residencies in Angola, Chile, Argentina, Brazil, and Morocco—all organized by ZDB. Comprised of works created in different media—namely 22 short films; glass, bronze, and bone sculptures; installations; and photography—this exhibition introduces a new fictional model called “Abissology,” or the science that studies the abyss, which is the result of the artistic practice of the artists. This model is reflected in the fiction they create, which is concerned with the literary composition of a specific science of the bodies, designed accordingly to the phenomenological/ontological condition of the visible minimum, what is almost unseen, and what has almost no existence to a beholder.
The term refers to a neologism found in Rene Daumal’s book La Grande Beuverie, a satirical novel with metaphysical contours. The discovery of this literary term in the context of Gusmão and Paiva’s artistic practice is reflected in a new fiction that concerns an experimental procedure that we can also find in the artists’ previous joint project: Magnetic Effluvium. We can approach Abissology as a fictional subject with literary roots as diverse as the materialistic poetry of Alberto Caeiro, the pre-Socratic Atomists, Epicurus and Lucretius, the descriptions of isolation inside natural glacier chambers as recounted by Michel Siffre, and even in the philosophical-literary constructions edified by Nietzsche or Gustav Meyrink.

Biology is no different from photography, video, or computers, in that it can be used as an art medium.
The use of biology as an art medium is not a recent phenomenon. It is likely that ever since early humans have started domestication, animals and plants have been selected, and consequently modified, based on aesthetic values. Modern biology made possible the modification of life in an extremely controlled way, but also offered access to many other techniques: from protein structure analysis to direct visualization of neurons in the living brain. This technology offers new visual opportunities for artists willing to cross the borders between what have been different disciplines.
My work takes advantage of the possibilities modern biology offers to artists. I have been trying not only to portray the recent advances of biological sciences, but to incorporate biological material as new art media: DNA, proteins, cells and organisms offer an opportunity to explore novel ways of representation and communication. Consequently, although lacking formal scientific training, my recent artistic activity has been conducted in research laboratories.
In 1999 I created my first biological artwork (Nature?) by modifying the wing patterns of live butterflies. Such changes were achieved by interfering with the normal development of the wing, inducing the development of a new pattern never seen before in nature. The butterfly wings remain exclusively made of normal cells, without artificial pigments or scars, but designed by an artist. Thus, these wings are an example of something simultaneously natural, but resulting from human intervention. The new patterns are something that never existed in nature, and that rapidly disappear from nature not to be seen again. These artworks literally live and die. They are an example of art with a lifespan—the lifespan of a butterfly.
Since then, I have has used diverse biological techniques including functional MRI of the brain to create portraits where the mind can be visualized (Functional Portraits, 2002) for instance I created a self-portrait incorporating images of my brain activity while drawing inside the MRI scanner.
More recently, I created a sculpture consisting of the three-dimensional structure of a protein with an amino-acid sequence spelling my own full name (Proteic Portrait, 2002-2007): MARTAISAVELSWVRALRIBEIRWDEMENESESDASILVAGRACA
As my name incorporates my father’s name, my mother’s name, as well as my husband’s name—it portraits my own history and some of the decisions I have made. In a different project I used bacteria being developed as a tool to remediate pollution generated by the textile industry to create paintings that would progressively disappear during the course of an exhibition (Decon: Deconstruction, Decontamination, Decomposition, 2007). The bacteria are effective in degrading dyes.
In Tree of Knowledge, 2005 I created sculptures representing the three-dimensional structure of neurons, using live neurons as the medium. By covering a scaffold with live neurons, or by filling glass tubes with these cells, one can achieve a representation of the delicate structure, maintaining the dynamic nature of a neuron: always changing, establishing new connections, eliminating old ones, growing, living. It is important to note that this strategy is not an attempt to represent reality as accurately as possible, but simply to explore the material that seems more adequate to represent such a living object.
Such sculptures, like many of the artworks mentioned, are a form of art that like us can grow, age, and die. These are examples of artworks that are literally alive.